If you are north of the equator
then make the most of the daylight:
it is the longest day of the year!

Sorry, but for us it will from tomorrow
be all the way downhill to the shortest
day in December.

"For my project today I had a pretty
good idea of what I wanted
the finished card to look like
and I learnt a few things along the way!

The first being how difficult embossed
acetate is to photograph..... 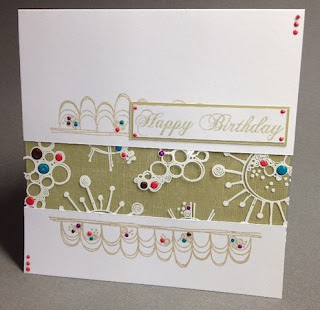 To begin with I started with a 15cm x 15cm
card blank which I placed on my cutting mat
open with the fold at the top.

I then measured 7cm down from
the fold and cut the bottom part off.

From the spare piece I measured 4cm,
cut this part off and kept this safe with the card.

I then cut a strip wider than I needed
from my heat resistant acetate and using
various stamps from Tracey Scott's 01 stamp set
and heat embossed the images using white EP. 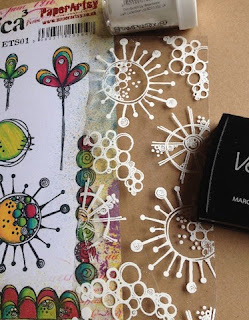 Next using various colours of Ranger's Enamel Accents
I added colour to some of the circles.

I found that the Enamel Accents flowed/spread
more on the acetate than they do on card stock,
so not only do you not need to add quite
as much as you would normally to a project
it also doesn't stay as domed in the centre. 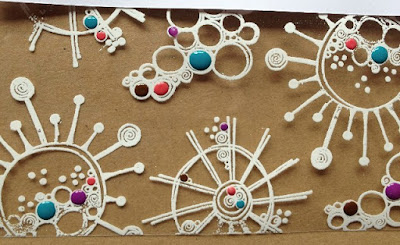 Using another stamp from the same set
and Versa-Magic ink in Sage I stamped
along the edges of the card that would
frame the acetate insert.

Happy Birthday was stamped in the same ink
onto a spare piece of white card.

After deciding on the position of the acetate
I also felt colour was needed behind the acetate. 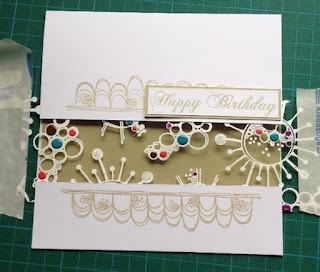 Having roughly cut the acetate to size
I found out that the Enamel Accents don't
cut with a craft knife when on acetate!!

Luckily I had enough spare acetate
so I could avoid cutting through any areas
of enamel.

I then trimmed the sides to match
the size of the card.

Before securing the distress card to the
inside of the card I lightly sanded the area that
would be behind the acetate and stamped
an image on the other side to show
when the card was opened. 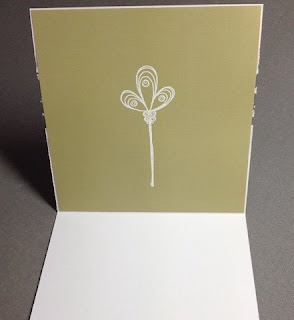 The front of the card was then decorated
with the Enamel Accents. 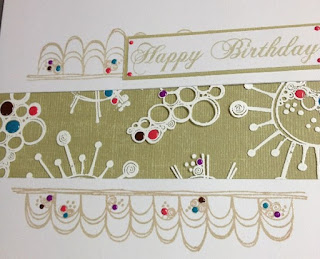 I love the vibrant colours of the Accents
and I can see many possibilities for
using them; especially on Christmas projects------
Sorry I know we're only just getting into Summer!!"


Thank you Jane - glad to
see you are thinking ahead too!

Don't worry folks we might yet
have a lot of summer to enjoy.

Of course for all of you in the southern
hemisphere - we hope your winter is
as mild as ours was........!!